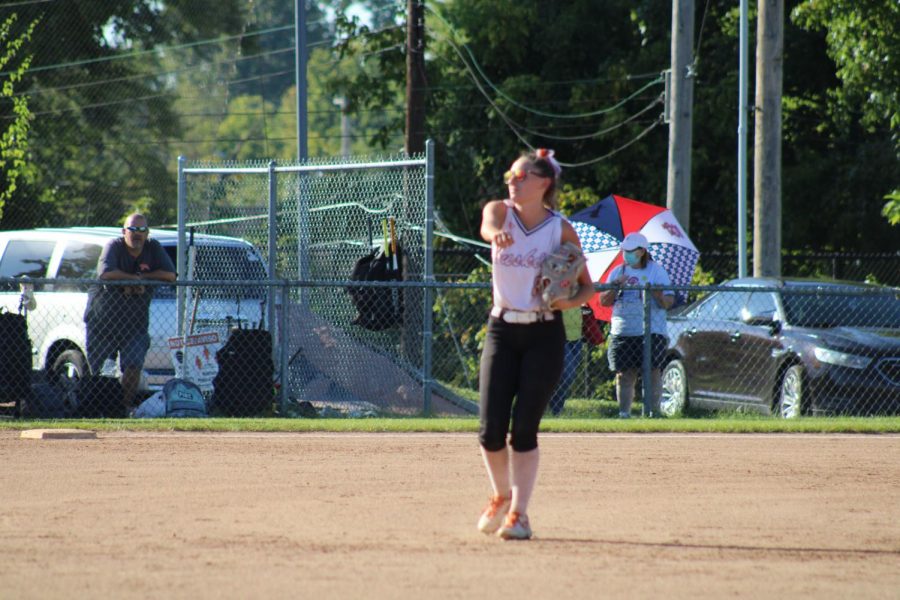 The Ritenour softball team has met a tougher early-season schedule with more effort and energy than they had to use in the past, and it has resulted in a  9-5 start to the season.

Although the team went undefeated last year, they did not play all the top competition in St. Louis. Due to COVID, the team played in the alternate fall season during the spring of last year, and according to junior Liz Dobbs, the other teams who participated were not traditional softball powerhouses.

“I think this season, we’re more challenged. Last season, the teams we played weren’t very good, so we just showed up to games knowing we would win,” Dobbs said.

This season we have a challenge, we have Pattonville, we have Hazelwood West, all these teams we need to play to be able to make it to districts.”In addition to the different competition, the team also had to deal with different rules than some other teams, the mask restrictions have changed at Ritenour this season, but last year the team was required to wear masks while other schools were not.

“Last season was terrible because we had to wear masks in the dugout and we were always yelling so it was very loud, and it was just difficult seeing other athletes not wearing masks while we were ‘on it’ about it,” Dobbs said.

First-year head coach Darrell Butler mentioned that although masks do not need to be worn, there are still other protocols that are affecting games.

Although there are still some COVID restrictions that limit the season, the team has continued to make the most out of their season and set their goals high.

“I feel like our strong start really sets us off and sets us up for a good season, especially going towards districts and our past seasons not being so successful,” Dobbs said.  “Our drive is just so much better this year.”

Butler did not see the team in action last season, but he has noticed improvement and increased effort amongst his players so far to start this year.

“I’m really proud of how hard they’ve worked, and I think they’re doing their best, so I’m proud of them,” Butler said.